Two retail units were to be combined into one

Two retail units were to be combined into a single unit. To make this possible they were going to have to remove a substantial 8m wide and 450mm thick brick wall which was providing the support for the four-storey Victorian building above it. NJC Building Consultants were retained as the party wall surveyor for the project.

It was going to be a tricky job

The works involved major temporary supports with temporary foundations to allow safe removal of the brickwork. Curing times was also a major consideration so it certainly was not to be a rush job!

The steel work design went through a few design changes, mainly in working out whether to bring the steel beam in sections or as one piece. 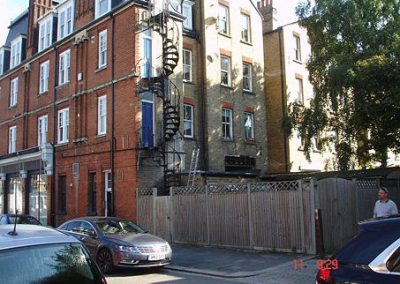 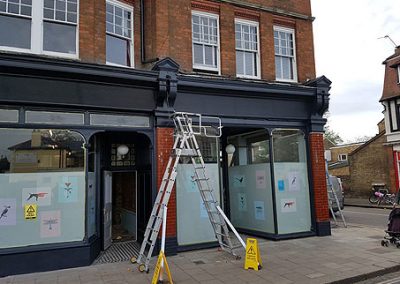 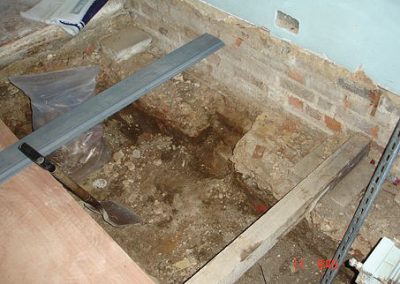 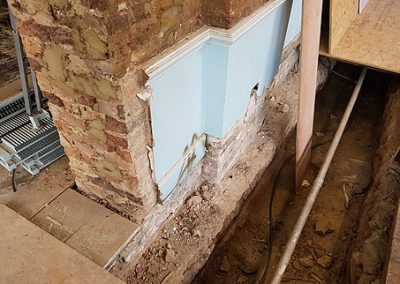 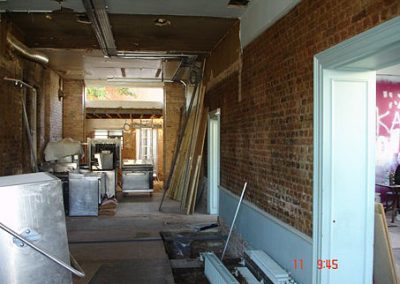 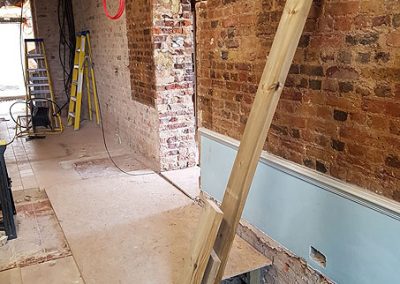 Our role was to notify the freeholder, head leasee and leaseholders of the above flats of the proposed works below. Eight notices in total were served.

The schedules of condition of all common parts and flats followed prior to any major works starting to ensure we had a record of any pre-existing defects and general condition of surfaces.

It just so happened that all the interested parties appointed the same surveyor which made our work less time consuming although eight awards and schedules had to be agreed at the same time.

Preparation is key, as is knowing the construction of the building

Trial pits were prepared for the engineer to assess the existing footings and also for the owner to assess service runs to their new circular bar.

Works proceeded with caution and in accordance with the party wall awards with no major damage to the building apart from cosmetic damage to one of the flats directly above which was agreed by way of further inspection and checking the schedule of condition. 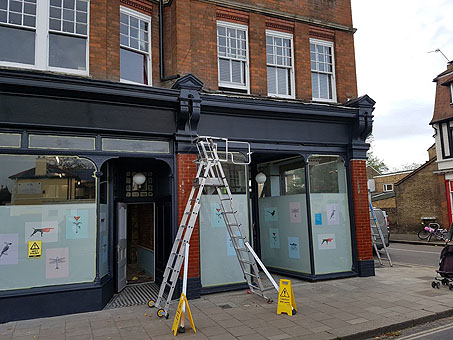